Kopfschlag is a collective and anonymous internet-based project created in 2007 by Primavera De Filippi and Wolfgang Natlacen. The online visitors may be part of it by drawing, writing, erasing and sharing their artworks on Kopfschlag's virtual wall, which can be defined as something between an etch a sketch and the exquisite corpse. 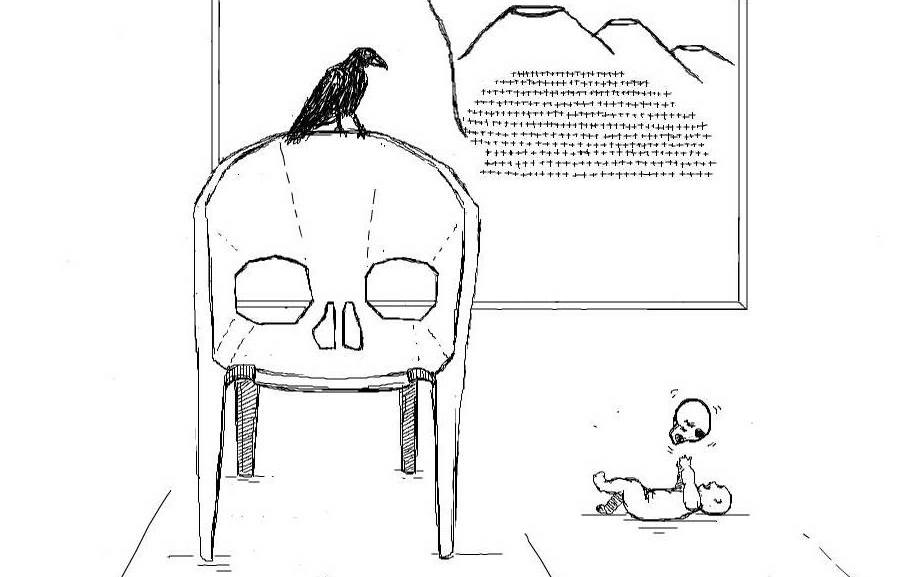 There is this tale about the first caveman telling his friends a story as they sit around a fire inside their rocky shelter : one fell asleep, the other threw a rock at him and only the last one listened. The following day the tale was sketched out onto the cave walls for the next passer-by to continue telling the story. Though it may take thousands of years for the sketches to be extended into a sequel what the caveman left as a Neolithic memo was unexpectedly the first cadavre exquis of mankind. 400 hundred centuries later comes Kopfschlag as a follow up to this magic screen and as a kick in the teeth to the bygone cliché of world wide web amnesia Kopfschlag operates like an ongoing depository for the contours of our collective memories morphing into one another sketch after sketch, etching after etching.


There is a form of negative entropy going on here as if with its saturated slates of sketches Kopfschlag was getting us prepared to leave the planet and think beyond our solar system in a Pioneer 10 space probe’s descent. It could be that the chaotic accumulation of vectorial graffiti saved every day on Kopfschlag accelerates the evolution of biological and artificial life in a remote futurity. But who can draw the line ?